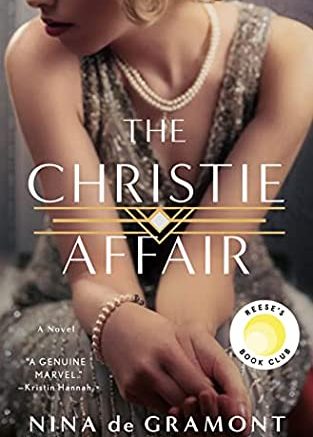 There were 11 days when Agatha Christie disappeared from her home after her husband announced he was leaving her for another woman. This is the story behind that disappearance.

I thought this book was going to be great. But it was slow paced and quite boring. I also did not think the ending really provided me closure. There were a lot of things left unanswered and hanging in the air.

I also found the jumping timelines and POVs confusing at times.

The story was well-written, and the plot was unique. I think what makes it unique is the POVs.

The point of view was mainly of Nan O’Dea, the mistress partly responsible for breaking up Agatha’s marriage. I found it interesting that the author made Agatha not the main character. Since it was not Agatha providing the details of her disappearance, we rely on the narrator’s imagination/re-telling of it.  I think the author missed the point of the story that we really wanted- Agatha’s. Even after getting Nan’s backstory, she still appears to be the villain. She described Agatha (beloved to her readers) as something we all know she was not.

I wanted more details of her disappearance, but what I got was Nan’s backstory. I was a little disappointed in that.