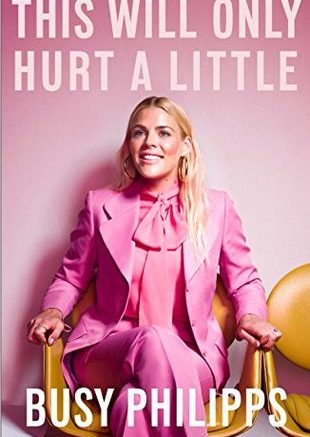 Summary of review: This is a memoir like no other…

Busy Phillips is an actress known for Cougar Town, Freaks and Geeks, ER, etc. This is a memoir of her childhood, career, relationships, children, etc. If you want a lot of Hollywood gossip, pick up this book. She dishes a lot about other people that she has worked with in the past.

I love Busy! I was one of the few people that watched Freak and Geeks when they aired new on TV, I guess…. But I also loved her on ER. She is quite the beautiful and strong as well. I am surprised that she has not been cast in a lot of other projects.

Her memoir is different. She writes like she talks. It is more conversational tone; it was almost like she talked in a recorder and had it dictated. I had the book and audio book going simultaneous. Her audiobook was read by her and entertaining. The book had no pictures and reads better in audio, in my opinion. She also lacks focus on her stories. She can go from one topic to another at the drop of the hat.

She dishes on EVERYone that she has worked with or been scorned by. She even writes about someone dissing her at an awards show. Then puts the conversation in there about her telling him that she was adding it to her book and his reaction. She just goes through the list of people in the cast and dishes on them (positives and negatives). At times it feels very spiteful and angry. It kind of reminded me of my friends getting together to dish on people we hate….

One thing that I noticed too is that she cries A LOT and talks about it. She always wants to paint herself as the victim; it was coming across as her being the villain though. Anytime that she told a story about telling off someone, she would say then I cried for 2 hours.

One part that I enjoyed was reading about some of her more open and honest stories about herself. I too have struggled with a lot of things mentioned in the #metoo moment. Busy stands up for herself. This gave me strength to start thinking about standing up for myself at work as well. It was inspiring in that sense. I may start to think “what would Busy Phillips do right now if her male co-worker said that to her.” She also talks about stories that were embarrassing, open, honest, etc. Those were the moments in this memoir that I enjoyed.

I rated it a 4 star. It was entertaining and (deep down inside) I also liked her dishing on other celebrities….

Conclusion: If you are sick of the plain and boring memoirs, pick this one up. Her stories are entertaining but the delivery of the stories may need a little work.