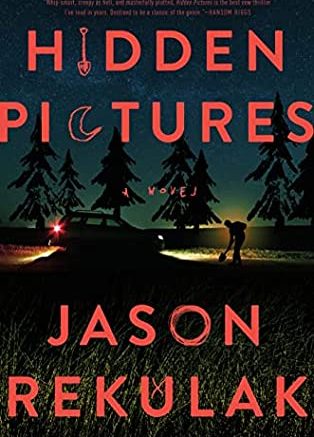 Categories: Horror, Thriller/Mystery
Genres: Horror, Mystery, Thriller
A woman (who is a recovering addict) is hired to be a nanny. She moves into the guest cottage and starts employment. She starts to notice that the little boy may be possessed by a ghost who is taking over his body and drawing pictures of her death. The little boy does not remember anything that is happening. She takes it upon herself to investigate what is happening. No one in the family believes her…

I thought it was more of a thriller when I picked this book up. It crosses between horror and thriller/mystery. The scariest part of the book was the drawings. I had to read with a light on! But it was not a traditional horror, mystery, or thriller. It combined a lot of elements of all three in it, but it was unique in that aspect. I would say it was spookier than horror. There are no gruesome pictures.

The characters are likable. I really enjoyed reading about Mallory and Teddy. The characters made you really want to root for them. But they were also a little unreliable. Mallory trying to go through the steps in recovery from drugs. And Teddy… well being possessed by a dead person. But overall, the book led to very well-rounded characters: backstories, grief, drug addiction and recovery, friendship, etc.

The book is a part mystery as you unravel the details about a few things. Ghost or no ghost? Haunted house or not? What is happening in the pictures? Are there details in the pictures that you are missing? Murder? It is quite unique in that aspect.

Some parts of the book made my eyes roll especially parts at the end of the story and some of the dialogue. I cannot give out details as it would spoil the story for others. But you will know when you read it. I think the ending really was so insane that I marked it down a little in my rating. I think if the ending was not so absurd, the rating would have been a little higher for me. I have to admit that I did not see it coming, but would have ever thought so when it was so absurd.

I have to admit, that it did not take me long to read this book. In the end, I did not get the ending that I wanted. But it was a decent book overall.

Be the first to comment on "Hidden Pictures by Jason Rekulak"