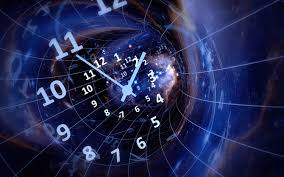 The Time Machine by H.G. Wells

Wrinkle in Time by Madeline L’Engle

A Connecticut Yankee in King Arthur’s Court by Mark Twain

Time and Again by Jack Finney

In Five Years by Rebecca Serle

Oona Out of Order by Margarita Montimore

Harry Potter and the Cursed Child by J.K. Rowling

The 7 ½ Deaths of Evelyn Hardcastle by Stuart Turton

Life After life by Kate Atkinson

Here and Now and then by Mike Chen

The Future of another Timeline by Annalee Newitz

An Ocean of Minutes by Thea Lim

The Chronicles of St. Mary’s series by Jodi Taylor

The River of No Return by Bee Ridgeway

All Our Wrong Todays by Elan Mastai

The Silber Wind by Nona Allan

What the Wind Knows by Amy Harmon

The Shining Girls by Lauren Beukes

How to Invent Everything: A Survival Guide for the Stranded Time Traveler by Ryan North

Time After Time by Lisa Grunwald

Bones of the earth by Michael Swanwick

How to Stop Time by Matt Haig

The First Fifteen Lives of Harry August by Claire North

Somewhere in Time by Richard Matheson

A Christmas Carol by Charles Dickens

What the Wind Knows by Amy Harmon

House on the Strand by Daphne du Maurier

This Time Tomorrow by Emma Straub