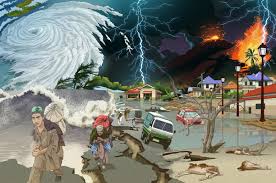 The Perfect Storm by Sebastian Junger

The Big Burn by Timothy Egan

Ghosts of the Tsanami by Richard Lloyd Parry

The Johnstown Flood by David McCullough

The Ends of the World by Peter Brannen

The Stormchasers by Jenna Blum

The Children’s Blizzard by David Laskin

Into the Raging Sea by Rachel Dolin Slade

A Furious Sky by Eric Jay

Salvage the Bones by Jesmyn Ward

Life As We Know It series by Susan Beth Pfeffer

The Age of Miracles by Karen Thompson Walker

No Judgements by Meg Cabot (Rom-com about Hurricane)

Storms of my Grandchildren by James Hansen

Outrun the Moon by Stacey Lee

We Speak in Storms by Natalie Lund

The Wildlands by Abby Geni

How to Avoid a Climate Disaster by Bill Gates (only climate change one that I will post on this post….)