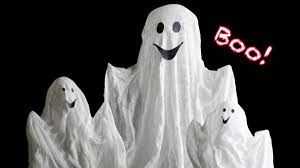 As Halloween gets closer, I thought it would be a good idea to start thinking about the genre of horror. Today it is paranormal/ghosts. hopefully you will enjoy these BOOs— I mean Books!

City of Ghosts by V.E. Schwab

The Turn of the Shrew by Henry James

The Haunting of Hill House by Shirly Jackson

A Christmas Carol by Charles Dickens (although not a scary ghosts)

The Amityville Horror by Jay Anson

The Woman in Black by Susan Hill

The Ghost Bride by Yangsze Choo

The Graveyard Book by Neil Gaiman

The Shining by Stephen King

Girl of Nightmares by Kendare Blake

The Complete Book of Ghosts by Paul Roland

The Little Stranger by Sarah Waters

Her Fearful Symmetry by Audrey Niffenegger

In the Shadow Blackbirds by Cat Winters

The Lovely Bones by Alice Sebold

The Canterville Ghost by Oscar Wilde

A History of Ghosts by Angela Narth and Samuel Peter Aykroyd

The Myrtles Plantation by Frances Kermeen

The Legend of Sleepy Hollow by Washington Irving

The Winter Ghosts by Kate Mosse

I Remember You by Yrsa Sigurdardorrir

The Good house by Tananarive Due

Harry Potter series by JK Rowling (although not a main character)

Bag of Bones by Stephen King

The Woman in White by Wiklie Collins

The Thirteenth Tale by Diane Setterfield

Scary Stories to Tell in the Dark by Alvin Schwartz

The Raven by Edgar Allen Poe

The Ghost of Mrs. Muir by Josephine Leslie

The Fall of the House of Usher by Edgar Allen Poe

Home Before Dark by Riley Sager

America’s Most Haunted by Eric Olsen and Theresa Argie