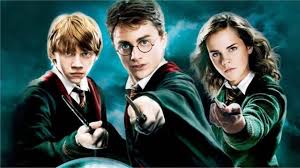 NOTHING can come close to this series. I read them a few years ago in my 30s and still loved these books. Even though you will never come close to the magic of Harry Potter books here are some recommendations of other books that you may enjoy.

If you have any suggestions, write them in the comments. I will add them to my list. Trust me, you will never come close tot he magic of the Harry Potter series. But these may get you through until you want to re-read the series again!

Be the first to comment on "Books similar to Harry Potter"