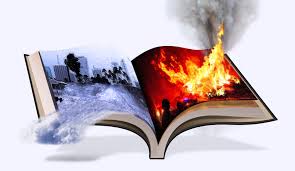 I have been interested in finding a good cli-fi book (Climate change fiction). This is NOT a political post. I just wanted to read a dystopia that was different.

Parable of the Sower by Octavia E. Butler

The Overstory by Richard Powers

The Drowned World by K.G. Ballard

The Water Knife by Paolo Bacigalopi

The Windup Girl by Paolo Bacigakupi

Memory of Water by Emmi Itarante

The Healer by Antti Tyomainen

The Seat Summer by George Turner

A Friend of the Earth by T.C. Boyle

The Beast of Cretacea by Todd Strasser

The Bone Clocks by David Mitchell

There are some of these that I added to my TBR. But there is not a lot of Cli-fi out there.