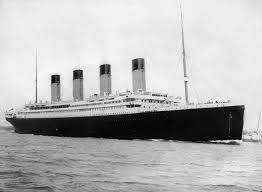 Here is a list of books about the Titanic sinking.

The Girl Who Came Home by Hazel Gaynor

The Band That Played On by Steve Turner

The Deep by Alma Katso

A Night To Remember by Walter Lord

The Company of the Dead by David Kowalski

The Dress Maker by Kate Alcott

The Night Lives On by Walter Lord

Shadow of the Titanic

Ship of Dreams by Gareth Russell

Luck of the Titanic by Stacey Lee

The Girl on the Carpathia by Eileen Enwright Hodgetts

Shadow of the Titanic by Andrew Wilson

Who Sank the Titanic: The Verdict by Robert Strange