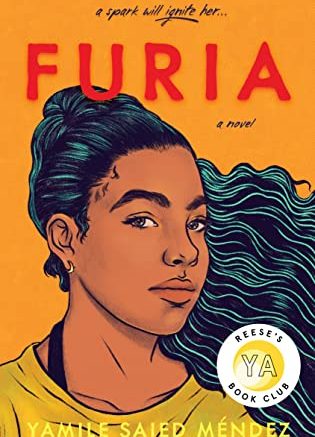 Camillia is a 17 year old living in Argentina. She has kept a secret from her parents- she plays soccer. Her dad is abusive and her mother is rather strict for only their daughter. Her brother is allowed to play soccer though without anyone forbidding it. She also has a love interest with a rising soccer player. Does she just get married or play out her dream to play soccer? Does she tell her parents and risk not playing soccer?

I really enjoyed the character development in this novel. Camilla’s character is a strong female character. You want her to succeed throughout the book. She faces a lot of difficulties that are beyond her control, but she never lets that stop her from her goals/dreams. Learning a little about Argentina and the mountains that women have to climb for a lot of things. It really makes you think of how far behind some counties are in woman’s rights.

I enjoyed the pace of the novel. It made me want to keep turning the page. It was a quick read for me.