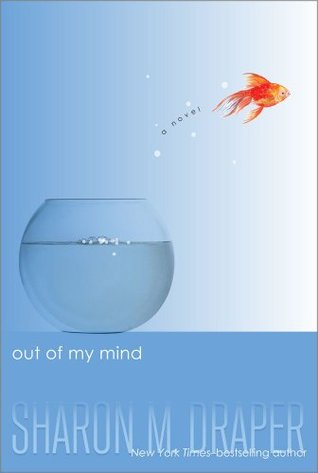 I am rating this book a 3 star review.

Melody has cerebral palsy. The book follows here through her elementary school age and the struggles of going to school, making friends, communicating, etc. Melody is extremely intelligent and joins a quiz team. This novel is for middle school aged children. I read it through recommendations from the many book groups that I am in. I was told it was YA, but clearly it was for a much younger age group. The language is simple as to be expected in a Middle school novel.

Some of the problems that I had:

I think a lot of the references were outdated slang and references to Myspace, Wii, etc.

Additionally, I did not like the repetitive words throughout the novel. The novel repeated phrases, entire pages, themes, etc.

Some of the things that I enjoyed about this novel was:

Additionally, it depicts the main character who is strong and intelligent despite having a disability. I think this is VERY important. She can do anything that anyone else can do but in a different way. I think this is very important for middle school children to learn.

Overall, the novel was good. I just wanted so much more out of it than what I got.

Be the first to comment on "Review of “Out of My Mind” by Sharon M. Draper"