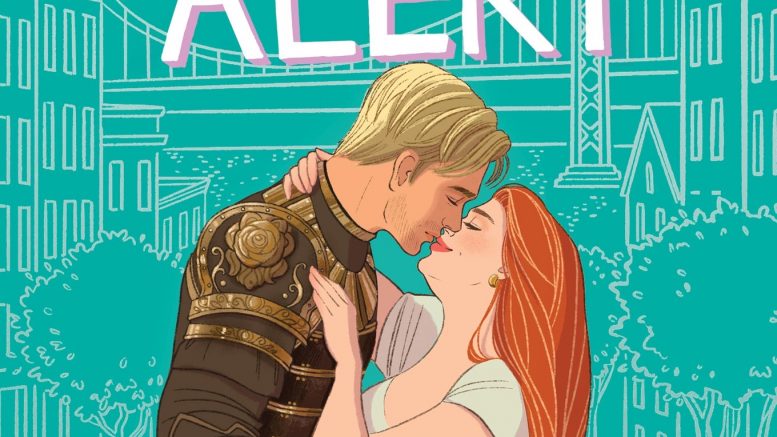 I am giving this book a 2.5 star review.

I thought this book was cute and enjoyed the characters but overall something was missing. I am giving this book a 2 star review which obviously by the other reviews on Goodreads, is an unpopular opinion.

April is a big fan of a show that is similar to Game of Thrones called Gods of Gate. She does cosplay and writes fanfiction about the show. One of the show’s actor is Marcus. He is frustrated with the direction of the show and writes fanfiction as a kind of stress reducer. April posts a picture on social media. She gets some negative comments because she is plus size. But who steps in to rescue her- Marcus! They go on a date which leads to more dates. But then things get complicated when they find out that they both write fan fiction and are actually friends on the fanfiction site.

I thought the pace was too slow. I also thought at first it was a cute story then the sex scenes started. So the story which I thought was cute then the tone- changed for me. The sex scene, IMO, was kind of not sexy at all. I felt bad reading it since the author kept calling her body “round.” I wanted to scream to the author to use another word. Needless to say, the characters were not as complex as I would have liked. This is a character driven novel, but I felt like they were flat to me. I do not like novels where the girl goes back and forth about her weight. One minute she is a strong independent woman who does not take anything from anyone about her weight. Then the next chapter, she is breaking up with people over little things due to her weight.

Needless to say, I was not a fan of this novel. I can see the appeal of it for others to read though.