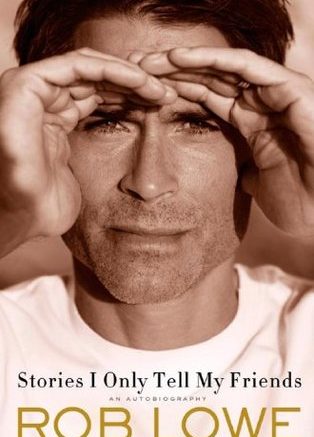 Summary of Review: I was not a huge fan of Rob Lowe until I watched the TV show Brothers and Sisters. After watching the show, I picked up his memoir. I am very glad that I did.

Rob Lowe writes a well-written memoir about his life and work (up to the time of his book). With class, Rob talks about his family, other celebrities, and just everything in between.

Rob has been in the business since he was 15 years old. He talks a lot about his childhood growing up in Ohio vs. when he moved to California. He also talks in-depth about certain mentors with his career, including Martin Sheen. Two projects that he talks in-depth about are his role in “The Outsiders” and “The West Wing.” I really enjoyed reading about his adventures on the set of “The Outsiders.” This is one of my favorite novels and movies as a teenager!

He talks about a lot of personal demons as well, including sobriety, partying, etc.

Rob Lowe is very articulate. It was a breath of fresh air to be reading a story that was beautifully written. He also shares his stories as though you are a close friend to him. He shares very personal stories about his relationships with others, about his experiences on set, etc.  He dishes about people but in a very classy way. I really respect that. His stories are also relatable: being bullied as a kid, living in a divorced family home, and dating. I have read other memoirs where Rob Lowe is mentioned. Typically, Rob is held in a good light.

I started this book in physical book form and switched to listening to the audiobook as well. His voice is so calming! I highly recommend the audiobook.