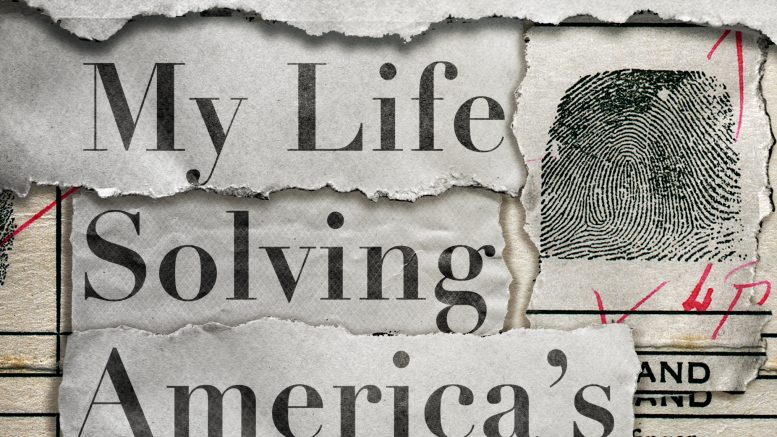 A memoir about the personal life and career of Paul Holes. He worked on a lot of high-profile cases. One of the most notable cases was the EAR or Golden State Killer. He also talks about how his career affected his personal life. I am labeling this as a memoir and true crime novel.

I thought that this memoir was very interesting. The descriptions of the many hours of detective work and DNA analysis are fascinating. He talks in-depth about DNA and the detective work behind it. He has worked on a lot of cases before that were high-profile (Golden State Killer, Scott Peterson, Jaycee Dugard, etc. I recently was watching an episode of one of the true-crime shows on a major network where he was featured about his DNA work on the case.

A lot of the cases were mentioned rather briefly. But that is understandable as this is his memoir. We learn about how the long hours and frustrating work leads to not becoming the best husband and father. He moves back and forth between his personal and career life rather easily. You can tell that his proudest moments were more of his triumphs at work rather than at home though. But I guess (unlike TV and movies) that the stress and hard work really do affect the personal lives and psyches of the people seeing these horrific crimes.

I would have liked pictures of him and his family throughout the novel. Maybe a picture of who EAR/Golden State Killer was. I think that I am spoiled that a lot of memoirs include pictures. I typically listen to the audiobook then get the physical book to see the pictures. But I got this book as an arc, so I was unable to listen to the audio.

For a detective (considered to be guarded and closed up), Paul Holes really opens up about a lot of topics. Although it was not a tell-all, I was shocked about how honest he was about certain things.

Be the first to comment on "Review of “Unmasked: My Life Solving America’s Cold Cases” by Paul Holes"