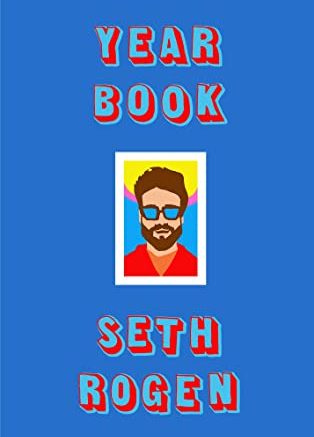 Overall: 100% listen to the audiobook vs. the book. He has sound effects and guests! He reads it like he is actually just sitting around and telling stories.

A collection of personal essays from Seth Rogen. He tells his stories with humor. He tells stories from his childhood and family to his work.

Wow. I just do not know what to say about this book. I have never read a memoir where every single page mentions him doing drugs. I felt as though I was talking to a high schooler who just wants you to be his friend- so he brags about outrageous stories, drops names, and brags about him doing drugs trying to act cool.

Some stories were funny. I enjoyed listening to the audiobook more than anything. He included sound effects as well as guests. He also told the stories like you were actually there and listening to him tell a story at a party. I really enjoyed that!

This book was very short. I was hoping for something a little more in depth along with the humorous parts. But what was I expecting in a novel wrote by Seth Rogen. I did like the fact that it was not your typical memoir.

I did enjoy the story behind the movie The Interview. The drama surrounding that movie was more than I remembered.

This book was okay. This is not the best memoir that I read, but it was not the worst. He had some stories that were really funny though.