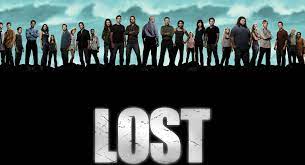 Books shown and/or referenced in the TV Show Lost:

Are You There God? It’s Me, Margaret by Judy Blume

The Chosen by Chaim Potok

Watership Down by Richard Adams

Of Mice and Men by John Steinbeck

The Fountainhead by Ayn Rand

Evil Under the Sun by Agatha Christie

A Wrinkle in Time by Madeline L’Engle

The Invention of Morel by Adolfo Bioy Casares

Lord of the Flies by William Golding

The Third Policeman by Flann O’Brien

On Writing by Stephen King

There is a shoutout to CS Lewis- Narnia series

A Separate Reality by Carlos Casteneda

Fear and Trembling by Soren Kierkegaard

Haroun and the Sea of Stories by Salman Rushdie

Notes from the Underground by Fyodor Dostoyevsky

The Adventures of Tom Sawyer by Mark Twain

After All these Years by Susan Isaacs

A Brief History of Time by Stephen Hawking

The Brothers Karamazov by Fyodor Dostoyevsky

Caravan of Dreams by Idries Shah

A Christmas Carol by Charles Dickins

The Coalwood Way by Homer Hickman

The Dark Tower (I, II, III, and VI) by Stephen King

Everything That Rises Must Converge by Flannery O’Connor

Flowers for Algernon by Daniel Keyes

Heart of Darkness by Joseph Conrad

I Ching by Cheng Yi

Laughter in the Dark by Vladimir Nabokov

Memoirs of a Geisha by Arthur Golden

The Moon Pool  by A. Merritt

Mysteries of the Ancient Americas: The New World Columbus by Josephy L. Gardner

The Mysterious Island by Julves Verne

The Oath by John Lescroart

The Odyssey by Homer

On the Road by Jack Kerouac

Our Mutual Friend by Charles Dickens

The Outsiders by S. E. Hinton

The Pearl by John Steinbeck

The Shape of Things to Come by H.G. Wells

The Sheltering Sky by Paul Bowles

The Shining by Stephen King

The Stone Leopard by Colin Forbes

Stranger in a Stranger Land by Robert Heinlein

The Survivors of the Chancellor by Jules Verne

A Tale of Two Cities by Charles Dickens

To Kill A Mockingbird by Harper Lee

The Turn of the Shrew by Henry James

What Katy Did by Susan Coolidge

The Wizard of Oz by L. Frank Baum

Not in Portland (Ben’s Book Shelf)

The Other Woman (Ben’s Book Shelf)

Fire in the Mind and the Search for Order (Jack)

Nighttime is my Time by Mary Higgins Clark

The Greatest Generation by Tom Brokaw

Domes of Fire by David Eddings

The Power of Beauty by Nancy Friday

Hearts in Atlantic by Stephen King

Harry Potter and the Prisoner of Azkaban by J.K. Rowling

The Spirit of Christmas

Chains of Command by William Caunitz

The Scottish Bride by Catherine Coulter

The Bailey Chronicles by Catherine Cookson

Books that are similar to Lost:

The House of Leaves by Mark Z. Danieleski

A Song of Ice and Fire series by George R.R. Martin

The Company by K.j. Parker

The Watchmen by Alan Moore

The Island of Doctor Moreau by H.G. Wells

Seahorse in the Sky by Edmund Cooper