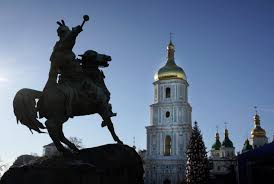 People keep asking me about books about Ukraine. I am going to do a list of books about/set in Ukraine.

The House with the Stained-Glass Window by Zanna Sloniowska

Jews and Ukrainians in Russia’s Literary Borderlands by Amelia Glaser

Greetings from Novorossiya: Eyewitness to the War in Ukraine by Pawel Pieniazek

The Future is History by Masha Gessen

The Man Without a Face by Masha Gessen

The Gates of Europe by Serhii Plokhy

The Road to Unfreedom by Timothy Snyder

A Wartime by Tim Judah

On Our Way Home from the Revolution by Sonya Bilocerkowycz

Everything is Illuminated by Jonathan Safran Foer

The Story of a Life by Aharon Appelfeld

Picnice at the iron Curtain by Susan Viets

The Ukrainian Night by Marci Shore

There are so many books about Ukraine though.