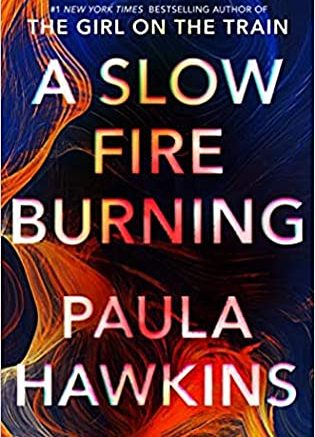 A man is found murdered on his houseboat. Detectives interviews suspects for his murder. Three women become the prime suspects. 1). Laura- a one night stand 2). Carla- aunt 3). Miriam- neighbor. Who would have motive to kill him?

I love a good fast-paced- follow the clues type of mystery. But this book fell flat. This book was a slow burn too.

This mystery is character driven. There are not a lot of clues to follow other than the characters themselves. The characters (although all different) were hard for me to separate in my head. It was just a lot of backstories for each and every suspect.

With any Paula Hawkins’ books there was multiple POVs, time jumps, and back stories. It was hard to get everything straight.

There were no twists and turns in this book either. It was just a slow burn that led to a not shocking ending.

I will give Paula Hawkins another shot. But 1/3 that I enjoyed, I am not sure for how much longer.