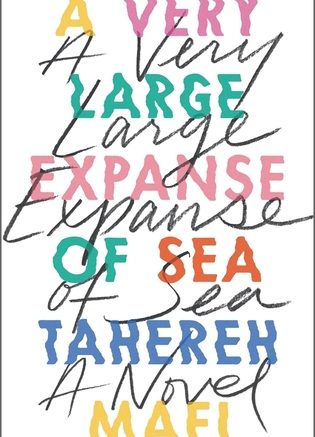 A year after 9/11, we follow Shirin as she navigates an America school. She is Muslim and just trying to do your average teenager stuff while also dealing with racism.

The one thing that I liked the most was the characters in this book. The main character is just a normal teenager. She deals with the typical boys, school, after-school activities, brother, family, etc. The main issues that she faces is the racists and microaggressions. She is a Muslim teenager in a typical American town. The kicker is that this is right after 9/11. She was a strong girl. The only thing that I wish about this character was getting to know her a little more. But overall, she was relatable and likeable.

I really liked the writing. I wish we could have gotten two perspectives- hers and Ocean’s. But it worked without his perspective. But I think it would have added another layer to this book.

This book dealt with a lot of social problems, including racism. I think this is a great book for all ages to read. It really allows you to read the struggles that she faced in school. This book would teach empathy. I think the world needs that right now.

It also had a romance between cultures. I really liked how that relationship started off rough but was a romance where you knew that they cared for one another.