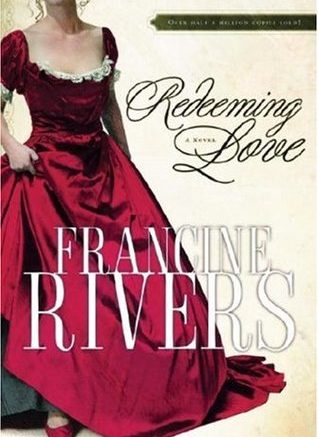 Summary: A re-telling of the biblical story of Hosea. It is set during the gold rush. It tells the story of Angel. She is abused by her estranged father. After her mother passes away, she is sold into prostitution at a young age (eight years old). A guy sees her and lusts over it. He marries her, but she hates married life. She runs away several times to her sinful life. But her new husband always brings her back to her married life.

While reading other reviews on this book, you either love this book or hate it. I am in between.

I found parts of this book incredibly boring (and it was a long book). I really do not like books that force religious aspects on you. But this book was not entirely that way. It also was very depressing and dark. For a romance, I expected some happiness in it.

I found the love story very sad. It seemed as though it was not a love story. He fell in love with her, but it was more lust. But the love was not reciprocated at all. It seemed so sad and not swoon worthy. All the main character wanted to do was get away from her new husband. The running away constantly got very old. I know this was a re-telling of a biblical story, so a lot of the story (dragging back to non-sinful life is part of it). I really did not like any of the characters in the novel either.

I did not like how the book portrayed women. Women are bad and only a man can change that. All they are good for is sex (bad/sin) or being married/having children (good/going to heaven). I think as a modern woman writing a book (even about the past), these themes would be changed. She was being raped as a child, as a prostitute, and as a married woman.