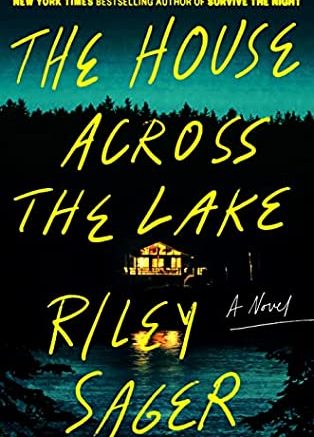 An actress’ husband drowns in the lake beside her cabin. She falls into drinking and decides to get out of the spotlight and stay at the cabin. She notices a rich couple and begins watching them from across the lake. After rescuing the neighbor in the lake, they start to become friends. Then one day, the neighbor goes missing? Can she solve where the neighbor is? Did her husband have something to do with her disappearance?

About 60% in, I just could not put the book down. It was a quick read; it was a “thriller with a twist.” As with many of Sager’s book, you are led on a wild and crazy story with twists that will make you motion sick. It is a slow burn.

I thought that this book’s plot would be tiring. I mean, girl drinks and sees that her neighbors are doing suspicious things. But I think the overall story arcs and twists really made this book unique. You have to read to the last page to figure it all out. I thought I had it solved, but I did not. I cannot go into major details here without giving anything away.

I wish there was a map of the houses on the lake. I ended up drawing a map out. The descriptions of the lake and houses were very detailed. It was like I was there and looking out on the lake!

The characters were also great. We have the main character who is very unreliable. She drinks heavy due to her husband’s death. There are only a small list of possible suspects, which was nice. I hate it when I read a who-dun-it with a list of characters a mile long. It is just too hard to make your guesses on who did it.

There was part of the ending that got weird. But overall, I had those moments where you typically say, “I did not see that coming.” Those are the type of thrillers that I love!