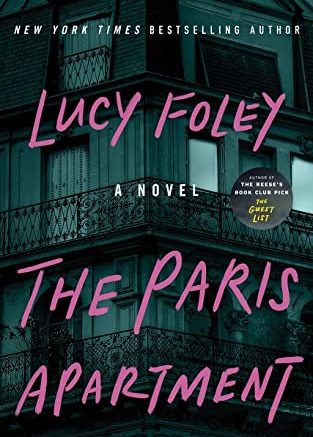 Jess decides to leave her life behind and move with her half-brother in Paris. He has an apartment there. She goes to his place only to discover that he is not there. The neighbors in the apartment complex are all acting odd. What happened to her brother? With a slew of potential suspects and trying to unravel her brother’s steps, this story is told in multiple POVs and timelines.

Unlike her other book (The Hunting Party) where I thought there were too many similar characters, this book was not bad. It had a long list of characters, but each was very different. I hesitated to read this book at first.

This book was a slow burn. I expected it with this type of who-dun-it. But…. I also expected the pace to pick up at one point. It never did until the end. The only thing that saved it was the “tangled web” of clues and suspects that kept me turning the pages. I also liked the cliffhangers at the end of certain chapters and the shorter chapters.

I also did not see the ending coming. I had my theories though!

There are multiple POVs and timelines. The multiple POVs are labeled at the beginning of each chapter. The characters give you just enough to keep you guessing. The main narrators were: Ben, Jess, Sophie, Mimi, and Nick.

I also liked how the apartment building has a role in the entire story. Almost like it is a character/suspect too. She describes it in a way that is alive and mysterious.