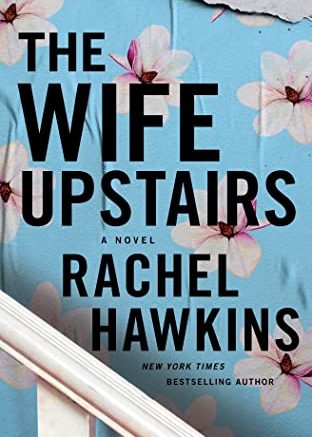 I am rating this book a 3 star review.

This is a “can’t put down” type of thrilling novel, however, it was so unbelievable and eye rolling that I had to rate it a little lower.

This is a very brief summary of this book: A young woman with a hidden past is a dog walker in a nice neighborhood (Jane). Jane has a whirlwind romance to a rich man named Eddie. Eddie’s wife and her best friend are missing. We find out that the wife is upstairs in a locked panic room for over a year. Eddie is feeding and caring for her up there while his new girlfriend/fiancé is living with him downstairs. Later in the book you find out all your questions. Jane’s past, the murder of her dead BFF, why Eddie’s wife is locked away, etc.

It was well-written. It was a cannot put it down- must see what happens type of book. I read it in 2 sittings. However, I hated literally all of the characters. The main character, well all of the characters were either unlikeable, annoying, cliché rich suburban wives, or just blah. The ending fell flat for me too. I mean it was so quick. I found myself eye rolling a lot. I mean come on with some of this plot. I mean seriously?!?!?  And the two characters who “fell in love” and were planning a wedding with his wife upstairs locked away. So he meets a dog walker and barely knows her, less than 1 year after his wife was missing, has her move into the house with his wife upstairs locked away who everyone thinks has been killed.