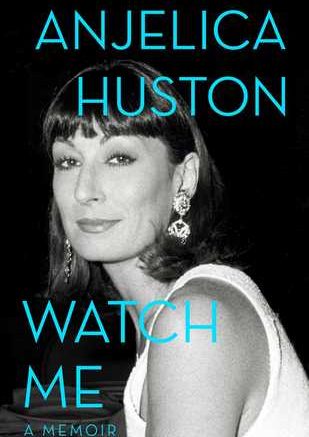 A memoir of Anjelica Huston. She is famous for many movies and TV shows. This memoir tackles her relationships, her famous family, professional career, etc.

This memoir was actually boring in some parts and fascinating in others.

She talks a lot about her travels around the world. She is very worldly and mentions it often. I think this is like Gwyneth Paltrow being out of touch with being rich all her life. I think Anjelica Huston has the same issues. She was born in a rich family (her dad being a famous director of many films). She does a lot of name dropping too.

She also talks about Jack Nicolas a lot. She had a bumpy relationship with Jack. They did date for 17 years. His name was mentioned often. You can tell that she wanted a lot more from that relationship than he wanted from it. It seemed like her “type” was always the bad boys with Jack and Ryan O’Neal.

She also talks about dogs, horses, and her travels a lot as well. I should have done a drinking game any time that she mentioned Jack, dog, and horses. I would have been plastered!

Her writing was very disjointed. One minute she would be writing about something, then the next I saw a dog.

She did discuss some films that she was on. But always how she did something to someone on the set. For the most part, she would mention the set and move on to another topic.

By the time that I got to about 55% of the book, I was about done with it. But I did finish the memoir.

The audiobook is read by Anjelica, which is always a nice touch. The pictures in the print book were not personal photos. There were a lot of photos of red carpets, modelling jobs, etc. I wanted to see more personal photos that I cannot find online by Googling her name.