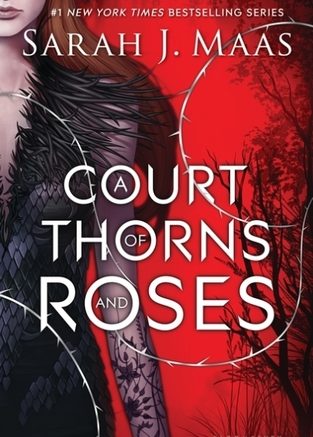 Fantasy is not my favorite genre. Overall the characters were likeable and the story easy to understand.

The main character, Feyre, kills a faerie that is disguised as a wolf. As a punishment, she is forced to leave her family and live in fantasy land where faerie rule/live. Tamlin and Fyre live together and bond over time. She later finds out the true meaning of why she is being forced to live there. It is to break a curse.

At the beginning of the book, I thought that I was going to love it. Then towards the end, I did not care what happened. The main character was likeable but none of the other characters were. I wish that the fantasy elements were explained a little more. I did not like the relationship between Feyre and Tamlin. I thought it was a very unhealthy relationship. It lacked the romance, which made it feel not real to me. Plus, the one part was a little aggressive. So she was kidnapped then bit by her kidnapper and “fell” in love with him. It was like Stockholm syndrome.

Overall, the plot was interesting. I think that I would have liked it better if the characters were likeable and there was a better love story. The book claims to be a re-telling of Beauty and the Beast. This story lacked the romance and bonding between the Beast and Belle.

Once again, fantasy novels are not my favorite. I heard a lot of good things about these books though. I think my expectations were too high. I liked the characters a lot though.

Be the first to comment on "Review of “A Court of Thorns and Roses” by Sarah J. Maas"