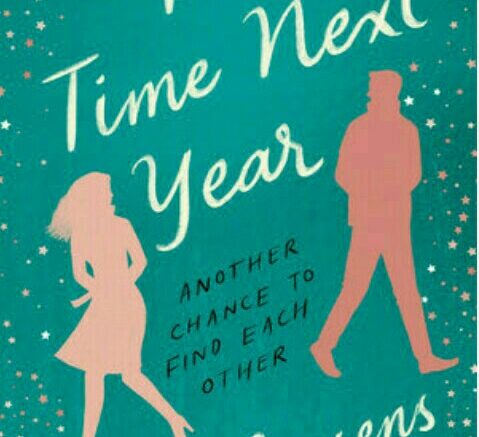 This was such a great novel! I enjoyed the characters a lot! It was a light and humorous read! I am giving this book a 4 star review.

The plot of this book is unique. Two mothers are about to have babies on New Years Eve. Whichever mother has a baby first in the year, gets a cash prize. The one mother tells the other mother the name of her baby will be Quinn. When the newspapers come out, she realizes that not only did she lose the cash prize to the other mother, but she also stole her baby’s name. Her baby had to be named another name (Minnie Cooper- yea like the car) and was forever “cursed” to have bad luck on her birthday. Fast forward to when Minnie grows up, and the bad luck on her birthday still follows her. One day on her birthday, she meets the other “baby,” Quinn.  They have a bond which is odd since they are complete opposite. He is a successful businessman while she has a failing business. Both of their mothers have their problems as well. But neither one is happy. They start to form a friendship.

The plot was interesting to say the least. The characters were so detailed; it was like I knew them. I was rooting for each of the characters along the way. I also found myself laughing throughout the novel! I like a good romance story with the “will they- or won’t they” plot. But this one was unique. Both wanted to push each other away. Where the reader knew how much they really needed each other. One thing that I wish the author would have done was taken Quinn’s point of view.

If you are looking for a light rom-com, then this is the one for you!