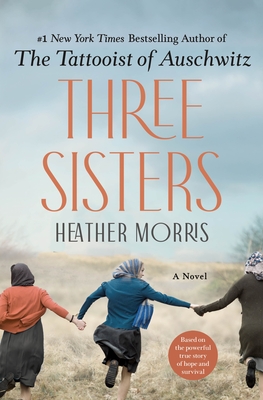 I am very sorry about my short reviews. I broke my hand and finger last week. I am in a cast for several weeks. I am okay, but I cannot type much with one hand!

Three sisters make a promise to their father to stick together. They do so through the horrors of Auschwitz to Israel after liberation from the camps. This is a story of surviving and sticking together.

I allow myself only one Holocaust novel a year. I chose Three Sisters. I have read the other two books in the series. This can be read in order of the series or as a standalone book. They do mention people/characters from the previous two novels in the series. But they are not a major characters in this novel.

The story of these sisters is powerful. I cannot imagine the horrors that they faced.

15% of the beginning of the novel is spent talking about life before Auschwitz. 50% of the novel is in the camp itself and 35% is after they escape the camp. These are rough estimates. Typically, novels end after being liberated from the camp, but this book explores life afterwards for the 3 sisters in Israel. It was a unique book because of the amount of time spent after the camps.

I liked seeing the photos in the novel. Also, the afterwards from the people in the novel was a great touch at the end.

The one thing that I did not like was the dialogue between characters. I thought it did not feel like an actual conversation (if that makes sense).